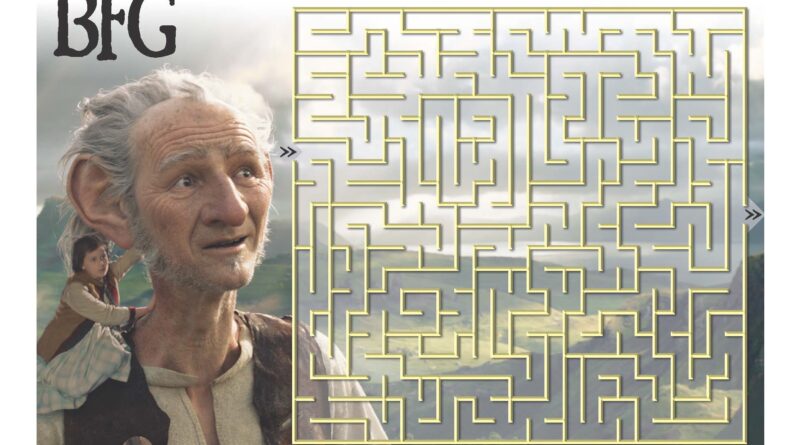 Pets
July 2, 2016 Kristin
This post may contain affiliate links or I may have received the product free in exchange for my honest review. See full disclosure for more information.

Are you ready for some Gobblefunk fun? What is Gobblefunk, you say? Well to really appreciate it, you must see Disney’s The BFG, in theaters now! Here are some fun, free activities you can enjoy after seeing this heartwarming movie the entire family will love. Just click on the link or photos below and print them off, and enjoy!

Also, be sure to enter THE BFG Dream Sweepstakes for a chance to win a trip for four to England & France from Adventures by Disney! Enter via Facebook or Twitter. 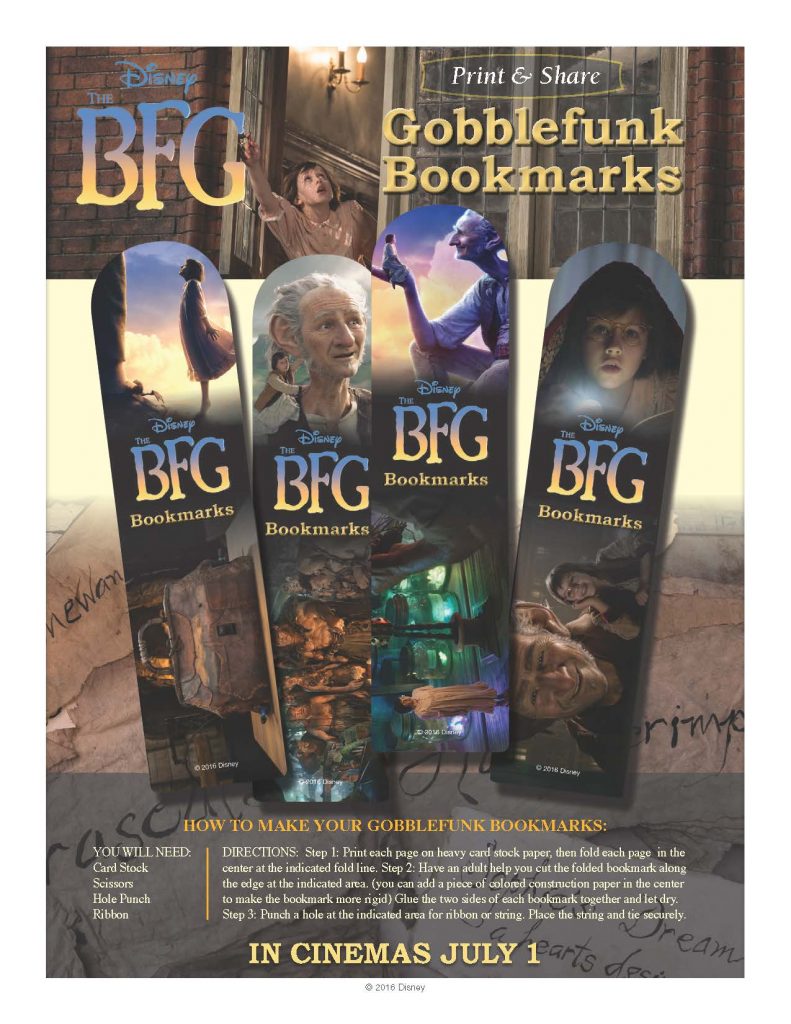 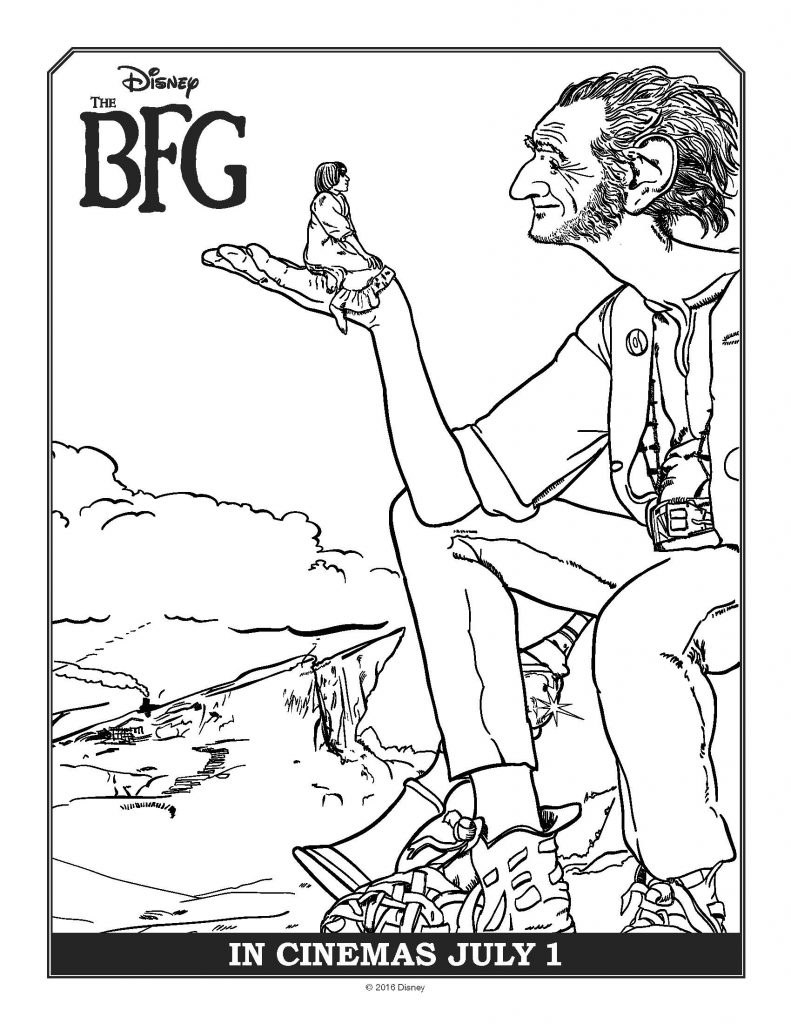 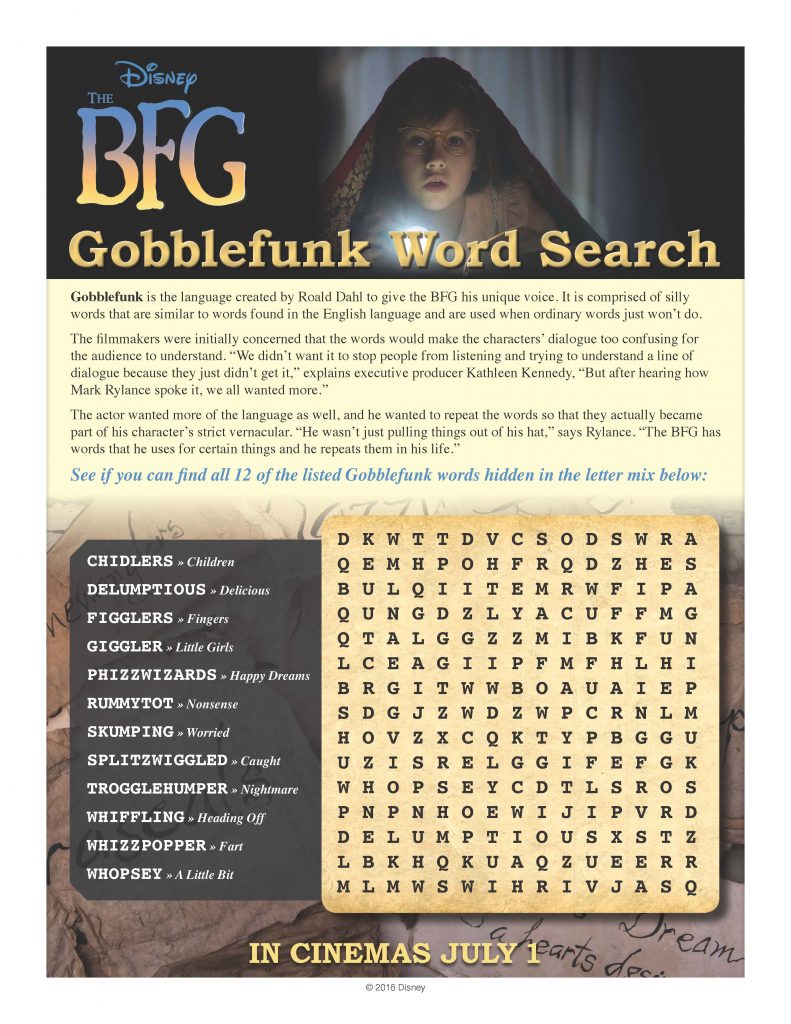 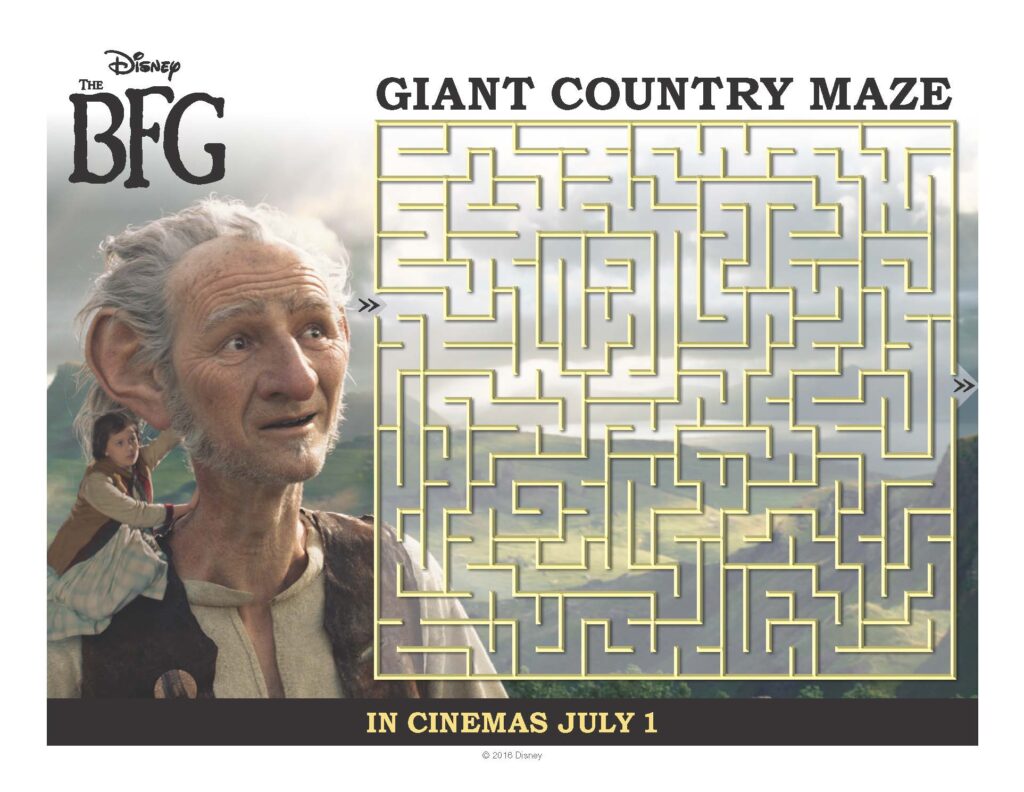 The BFG Spot The Difference 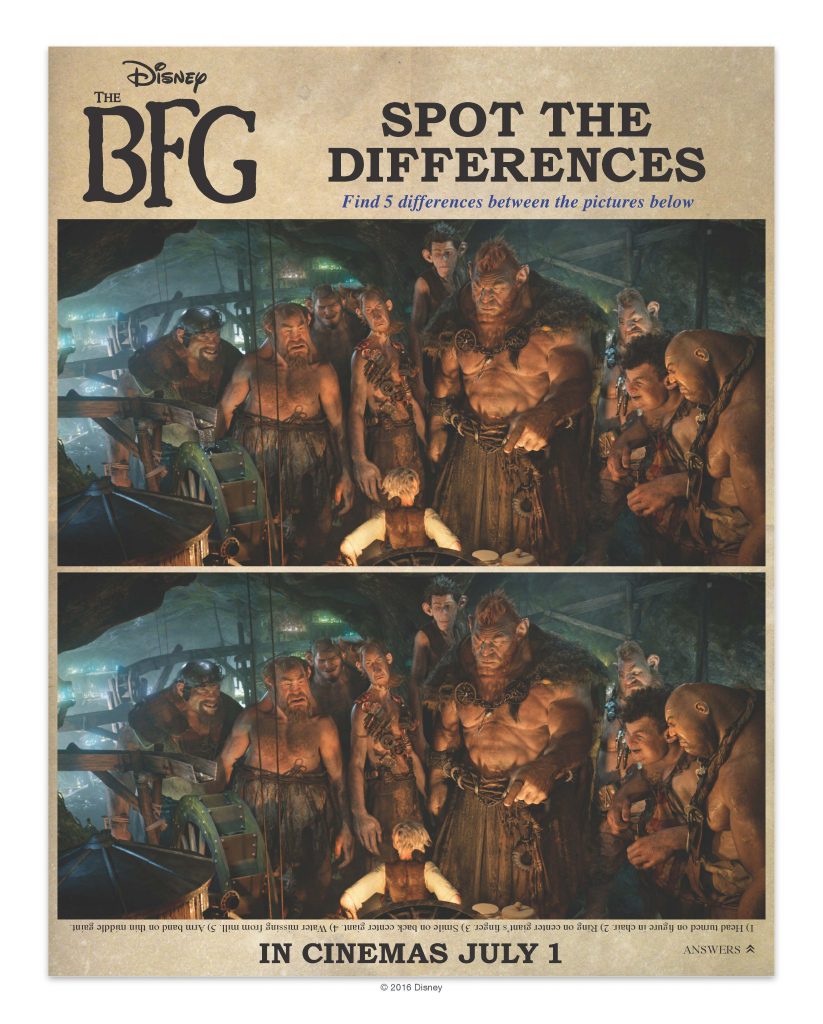 Also, be sure to read more about my exclusive interviews with Steven Spielberg, Sohpie Barnhill, Jemaine Clement, Mark Rylance, Dame Penelope Wilton and Rebecca Hall and learn their thoughts on the movie. You can also read more about my red carpet experience and personal review with some of the stars of the movie.

Directed by three-time Academy Award® winner Steven Spielberg (“Bridge of Spies,” “Schindler’s List,” ”Saving Private Ryan”) from a screenplay by Melissa Mathison (“E.T.: The Extra-Terrestrial,” “The Black Stallion”) based on the best-selling novel by Roald Dahl, “The BFG” stars three-time Tony Award® and two-time Olivier Award winner Mark Rylance (“Bridge of Spies,” “Wolf Hall”), newcomer Ruby Barnhill, Penelope Wilton (“The Best Exotic Marigold Hotel,” “Downton Abbey”), Jemaine Clement (“Rio 2,” “The Flight of the Conchords”), Rebecca Hall (“The Gift,” “Iron Man 3”), Rafe Spall (“The Big Short,” “Prometheus”) and Bill Hader (“Inside Out,” “Trainwreck”). The film is produced by Spielberg, Frank Marshall (“Jurassic World,” “The Bourne Ultimatum”) and Sam Mercer (“Snow White and the Huntsman,” “The Sixth Sense”) with Kathleen Kennedy (“Star Wars: The Force Awakens,” “Lincoln”), John Madden (“The Best Exotic Marigold Hotel,” “Shakespeare in Love”), Kristie Macosko Krieger (“Bridge of Spies,” “Lincoln”), Michael Siegel (“Charlie and the Chocolate Factory,” “Rise of the Guardians”), Frank Smith and Naia Cucukov serving as executive producers.Roald Dahl’s “The BFG” (Big Friendly Giant) was first published in 1982 and has been enchanting readers of all ages ever since. Dahl’s books, which also include “Charlie and the Chocolate Factory,” “James and the Giant Peach” and “Matilda,” are currently available in 58 languages and have sold over 200 million copies worldwide. Originally created as a bedtime story, “The BFG” was Dahl’s own favorite of all his stories. “It was very important for us to be loyal to the language,” says Spielberg, “and the great writer Melissa Mathison, who also wrote ‘E.T.: The Extra-Terrestrial,’ wrote ‘The BFG.’”

for the most up-to-date previews and release information. You will find it all here as we learn more about this exciting summer blockbuster.

“The BFG” opens in U.S. theaters TODAY, the year that marks the 100th anniversary of Dahl’s birth. 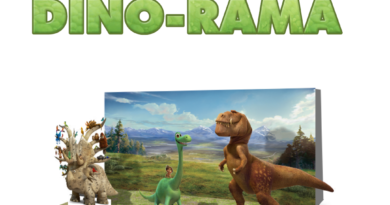 Beginner’s Guide to Traveling on a Budget